The Colorado River Indian Tribes include four distinct Tribes – the Mohave, Chemehuevi, Hopi and Navajo. There are currently about 3,500 active Tribal members.

The CRIT Reservation was created in 1865 by the Federal Government for “Indians of the Colorado River and its tributaries,” originally for the Mohave and Chemehuevi, who had inhabited the area for centuries. People of the Hopi and Navajo Tribes were relocated to the reservation in later years.

The reservation stretches along the Colorado River on both the Arizona and California side. It includes almost 300,000 acres of land, with the river serving as the focal point and lifeblood of the area.

The primary community in the CRIT Reservation is Parker, Arizona, which is located on a combination of Tribal land, leased land that is owned by CRIT and land owned by non-Native Americans. There are other, smaller communities on the reservation, including Poston, located 10 miles south of Parker.

Poston was the site in World War II of one of the United States’ largest Japanese internment camps, where thousands of Japanese-Americans were held over a three-year period. The camp sites are now home to a monument dedicated to those who died and suffered while in internment, and CRIT is currently in the process of creating a museum to commemorate the era.

The primary economic activity on the CRIT Reservation has always been agriculture, going back to the days when mesquite trees were plentiful along the banks of the river and were relied upon for everything from food to cooking to Tribal traditions and ceremonies. CRIT continues to have a strong farming and agricultural industry, including growing cotton, alfalfa and sorghum.

However, in recent years the Tribal economy has diversified greatly, and now includes forays and businesses in several different fields. Sand and gravel, real estate development and retail stores have all been part of the Tribes’ economic development efforts. And over the past decade, a heavy emphasis has turned toward tourism, as CRIT opened the BlueWater Resort and Casino in Parker and has endeavored to attract both cultural and recreational tourists to the area.

CRIT Tribal Seal The tribal seal of the Colorado River Indian Tribes was designed and officially accepted in 1966 as a result of a contest open to all members. This design, by John Scott, was selected because it represented all aspects of the Tribes.

The sunburst design around the edges depicts the sun’s rays, with 52 points for 52 weeks of sunshine. Riverside Mountain appears on the horizon, and the Colorado River flows across the seal. A crosshatch design is included to represent the checkerboard of farmed parcels in the reservation, and a shaft of wheat crossed with a branch of cotton represent the prime agricultural resources.

The four feathers at the top of the seal represent the four Tribes – the Mohave, Chemehuevi, Hopi and Navajo.

Designed by Margie McCabe, the Tribal Flag was adopted in 1979 by the Tribal Council and serves as a symbol of pride, unity and progress among Tribal members.

Brown represents the earth. Blue is for the water and the River which gives life to the earth. The orange rays are the eternal rising and setting of the sun upon the earth and water. And the four feathers represent each of the four Tribes that make up CRIT. 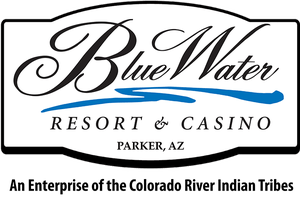 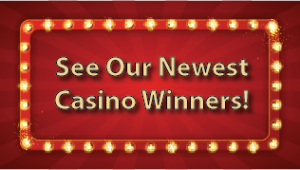